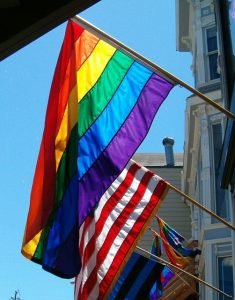 President Trump might roll back protections for transgender individuals, and that means there’s no better time to review transgender issues as they relate to family law. If you aren’t born in the right skin, it can make all sorts of things more complicated: identity, marriage, parenting, separation, and divorce, or even just get the right kind of ID. All of these issues are interrelated, and wading through the mess isn’t easy. Here are a few tips.

First and foremost, make sure your personal identification is current. If you go by a new name, be sure to file for a name change with the town clerk (who can be found at the nearest courthouse). Once the name has been legally changed, it’s time to start updating all of your mailing lists. On top of that, you’ll need a new Social Security Card with the new name. The final stop is the DMV. From there, get online and start updating insurance, accounts, and your passport.

Marriage is always in question as well, but when marriage allowances and protections were extended to same-sex couples, they were also made to apply to transgender individuals. If you need to divorce, your transgender identity won’t change the way proceedings are handled. Depending on the outcome, you may be allowed alimony.

Parenting can be difficult, as laws vary from state to state. It also depends on how you go about becoming a parent. If biological parentage isn’t possible, then adoption remains a viable option. You’ll want to talk to an attorney at a family law firm about potential protections for you as either a non-biological or biological parent.

The Trump administration would loosen the current protections to instead define gender as determined by physical characteristics (genitalia) at the time of birth. The Obama administration had increased protections by allowing each individual to make the decision for him or herself. The latter policy change is what led to the bathroom backlash a few years back. Trump has targeted almost every Obama-era policy on the books, so it’s not too surprising that he’s finally getting around to dismantling this one.